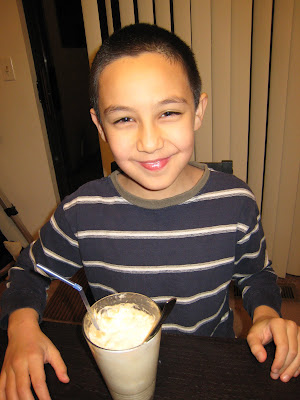 Nine suddenly feels pretty old. He was still kind of stuck in little-kid land, at least in my head, until the moment I said "YAY, you're NINE!" and then stood in my living room all thunderstruck like a complete idiot as I realized that my boy was NINE.

He's learned to milk the birthday machine, at least a little (next year's revision will be to invite more friends, he says, although I'm not sure I agree with that one). "We can have a family party when daddy is off the day before my birthday, and then we'll have my friends come have a real party on my real birthday, and then I'll go to Nana's house and have my birthday sleepover the day after."

For his and-friends party, he wanted balloons. Many, many balloons. I HATE balloons - not so much the actual fact of them, not blowing them up, not even them popping, what I hate is the kids fighting with them and the fact that there are balloons in the house for a month after any given birthday; and aside from the fact that I would experience a wash of pure balloon-hatred every time I saw one, we plan to have two more parties here this month. So we compromised. I contained all the balloons on strands, and the kids took turns throwing a dart at them until there was not a single balloony survivor floating around waiting to start a fight: 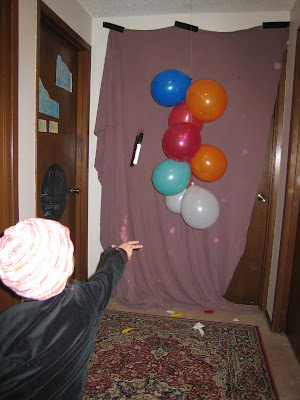 When Boyness turned 5 I wrote: "In a conversation containing 1000 words, 449 of those will be "Star Wars,"" and this is still essentially true if you add the word "lego" immediately before "Star Wars." Given that fact, it's no real surprise that he liked his birthday presents so much: 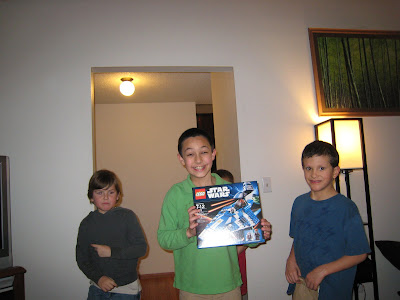 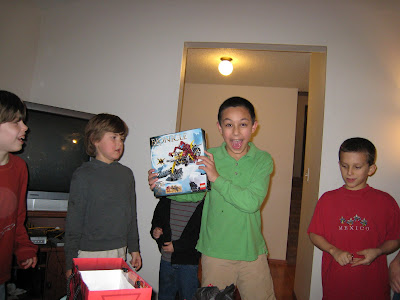 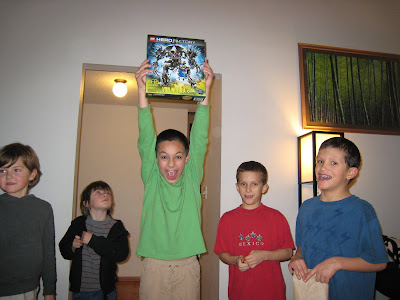 And just because I can't let a whole post go without some Chubble...last night as we were cleaning up, BittyPrincess left a bowl of extra frosting a little too close, and this is what happened: 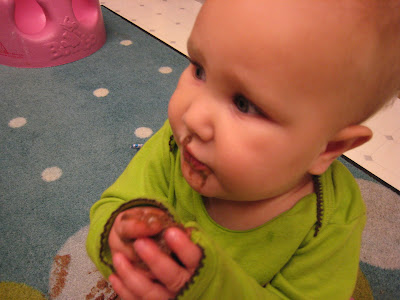 By Way of Explanation

This is what happens when I try to sit at the computer and get something done:

And that is why my posts are few and my grammar and syntax are terrible.
Posted by Niki at 8:01 AM No comments: Links to this post

I didn't realize I had some more photos on my camera, so I'm going to go ahead and post them now.

In unrelated news, shortly before clicking into the blog editor I went to get my coffee, and spilled some on myself, fresh out of the coffeemaker. I have a barely-blistering burn on my belly (say that five times fast). Not cool.

On with the pictures. Chubble LOVES her sink bath. She loves it SO MUCH. She will splash around in there for half an hour or more. And this is what it looks like: 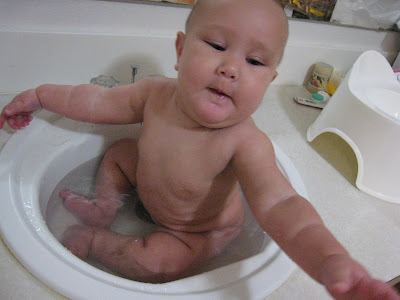 Feel free to laugh. She's quite happy in there and I'm quite glad to get half an hour to sit on the floor next to the sink and read-or-something. I'm waiting for her to figure out that she can't move anymore; she's already figured out that if she locks her legs I can't get her out.

I had pictures on the camera from our snow last week. Here's one I took the day before one of those trees (if I was all smart and photo-y I'd circle which one it was, but I'm not) fell into the neighbor's fence. 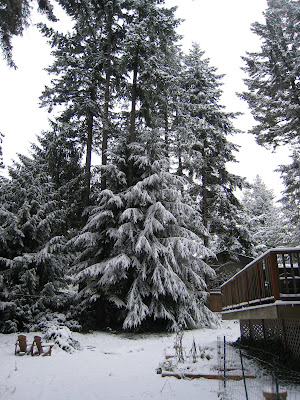 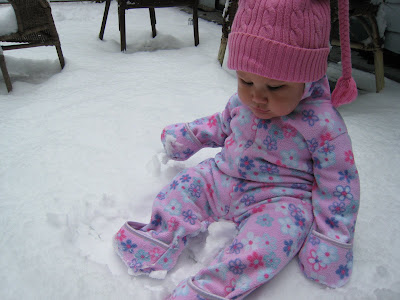 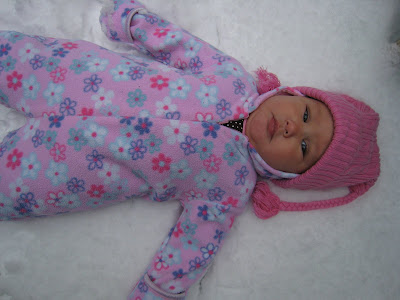 She preferred watching the big kids play through the window (I actually put her in a high chair and she sat there laughing at them for at least an hour), or riding around in my jacket: 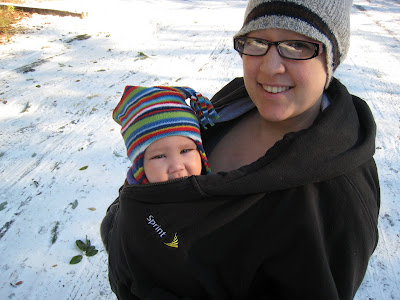 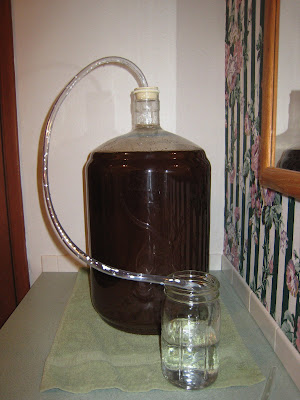 That is my very first attempt-in-progress at homebrewing my own beer, right after pitching the yeast. Because I'm stubborn and because the kits seemed a little too pre-packaged, I had someone (I think he's the owner) at the semi-local brew shop make up a package with fresh-milled grains and whole hops; this one is his Hefeweizen. This morning it is happily bubbling away.

PS - pay no attention to the incredibly ugly wallpaper. It's in my laundry room where I don't have to look at it often.
Posted by Niki at 8:17 AM No comments: Links to this post 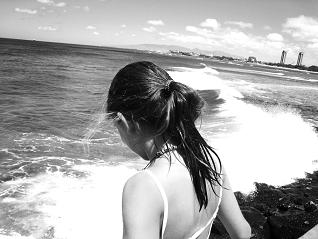